Android Strategy Games have swept into the universe of video games for mobile devices. They are comfortable, intuitive, and offer a most exciting experience, ideal for any fan of this genre. That is why below we want to present you with a list of the ten best strategy games for Android. So you can’t miss it.

Here is the list of top 10 best android strategy games in 2020. These games are well-researched games for those who want to spend their time playing android games. Note that these games are listed randomly.

This fantastic android strategy game title comes with great graphics, excellent gameplay, and top-notch performance. The game allows you to side with the GI Joes or take control of Commander Cobra’s army to try to rule the world. Plus, you have access to its most iconic characters, including Snake Eyes or Storm Shadow.

You can enjoy over 500 characters and the ability to build and customize your base. Here you can collect cards from characters, vehicles, troops, locations, and much more, allowing you to customize and create strategies to launch your best attacks.

You’ll also be able to fight players from all over the world in online PvP events and complete missions to earn rewards. Its download is entirely free. You can either search for the game on google play store or Install it Now. 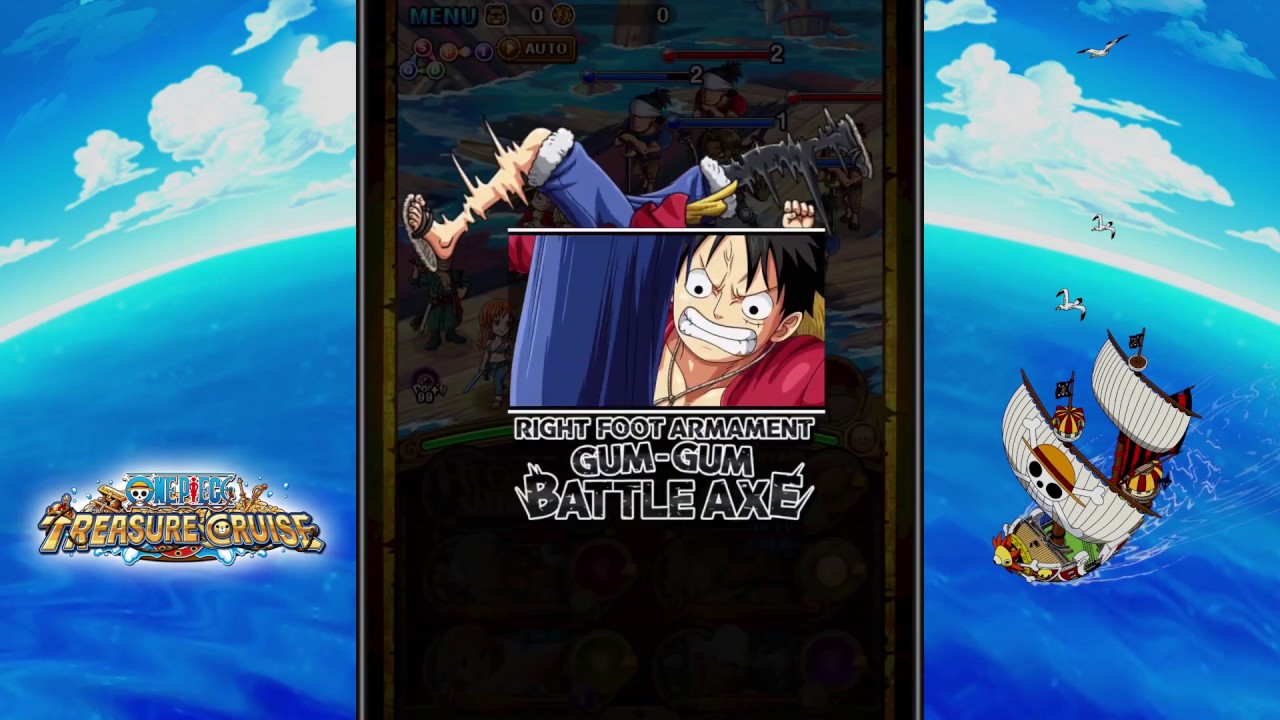 If you are familiar with the anime world, then you must have heard of One Piece. With a humorous approach, this title has turn-based battle mechanics and incredible physics that make the game much more fun than usual. You have over 2,000 characters at your disposal, whom you can recruit to relive the same story from the original manga.

It has a relatively simple, but addictive gameplay that focuses on time and your ability to assemble the perfect pirate crew to attack your opponents. The game does not consume many resources of your phone and has excellent compatibility with most of the devices that are currently available on Google Play Store. 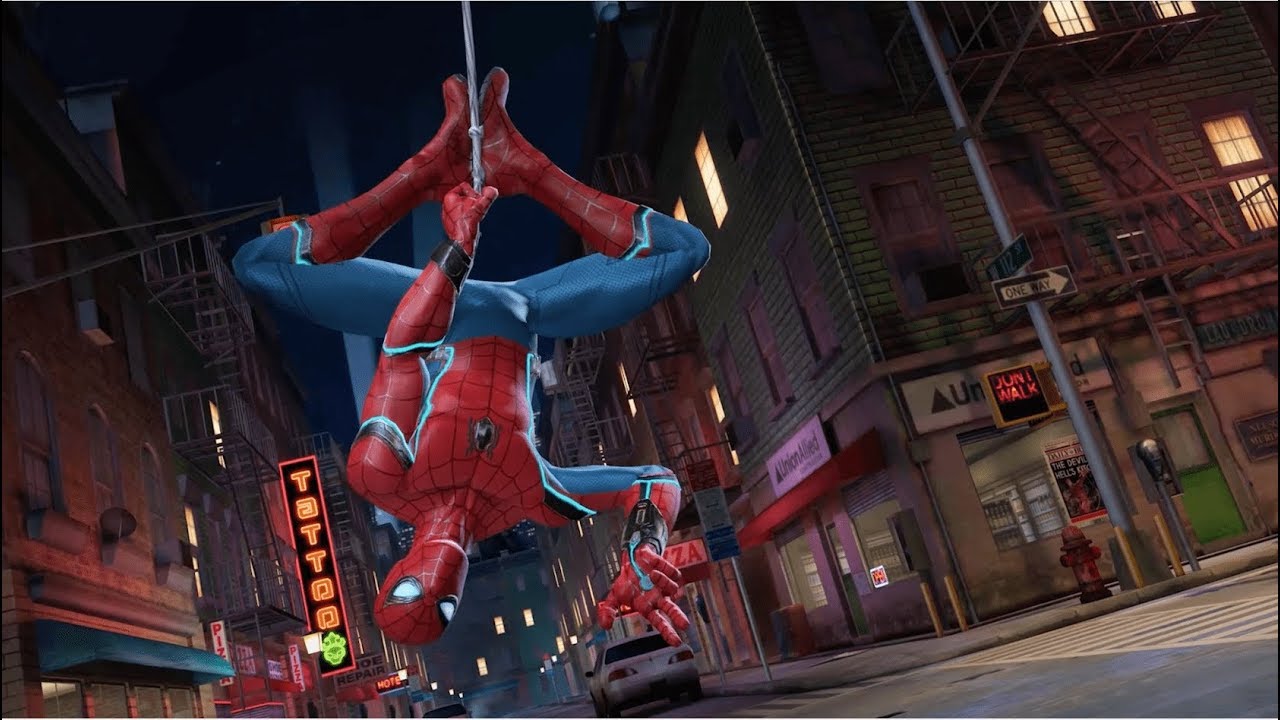 This great free fighting game has gained a lot of popularity for its collectible nature while maintaining the need to create smart strategies to win your android strategy games. With its own story for each character, Marvel Battle of Superheroes promises a unique experience with great graphics and great gameplay.

You can choose between various characters from the Marvel universe and enjoy game mechanics that create a unique fighting experience for a mobile device. Also, you can unite Marvel villains and superheroes to create the best team. Best of all, its download is entirely free.

Game of Thrones Beyond the Wall™ 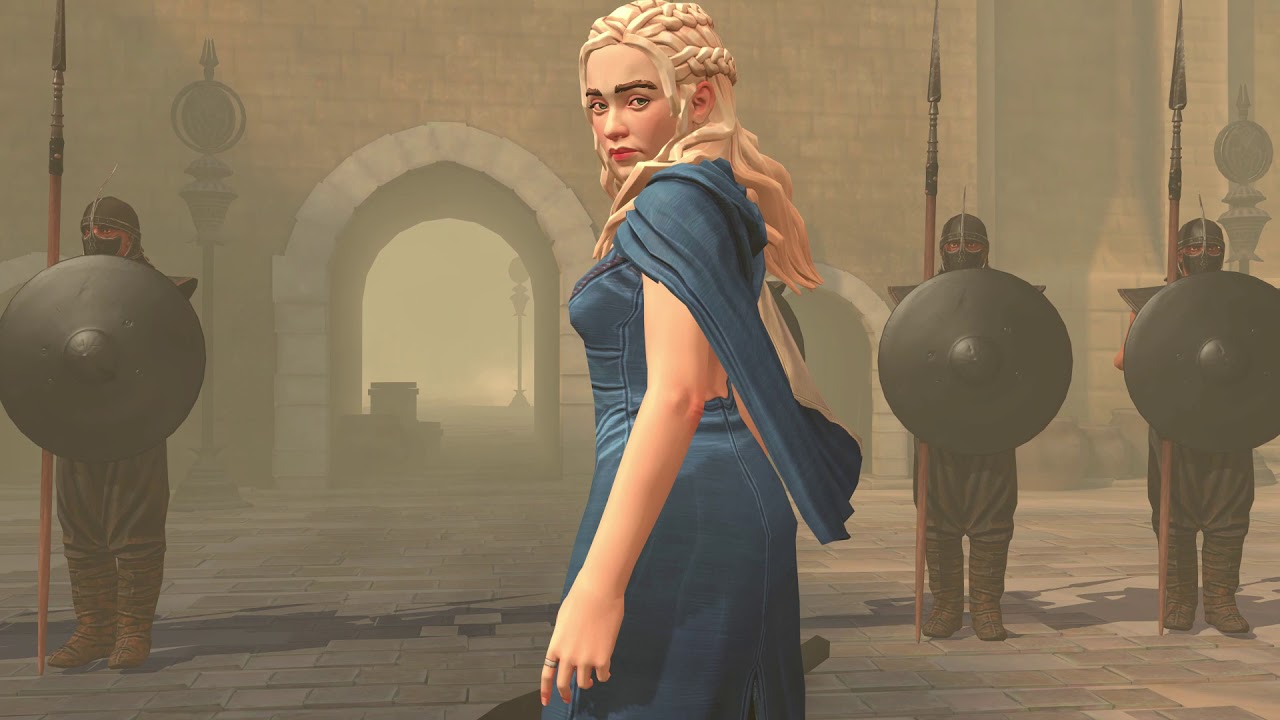 It’s been a while since Game of Thrones ended, and the miserable ending has left many fans wanting more. So if you have been waiting for a mobile game with all the intensity and action of the series, this is the answer to all your prayers.

Here you will find the most iconic GOT characters, and the game is set 48 years before the events of the series, giving you a whole new story to explore. The game also sheds some light on the mysteries that were not solved during the series. If you are a fan of Game of Thrones, you can not stop having this game on your mobile. 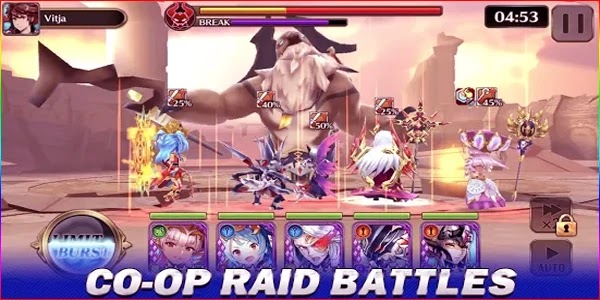 This is a fantastic strategy-based RPG inspired by classic manga and anime. The game features the ability to play cooperative battles and has excellent anime-style animations that can be taken to the next level by activating 3D graphics.

Valkyrie Connect has hundreds of unlockable characters that boast different abilities that you can mix and match. This will allow you to create strategic attacks that can defeat your most powerful opponents. You can also empower your favorite characters and increase stats like speed, agility, defense, and much more.

Soccer Spirits is a strategy game that fuses classic anime animations with soccer. It is one of the few sets of its kind with dynamic sounds and excellent voice interaction for over 30 characters in the game. This creates a more immersive audio experience as you focus on statistics and information from your soccer android strategy games.

Create the best starting 11 depending on the players you have available and compete against your opponent in 11 vs. 11 mode or the recently added 5 vs. 5 mode. It has 5 other different game modes and tons of unlockable content to help improve your team’s rating. 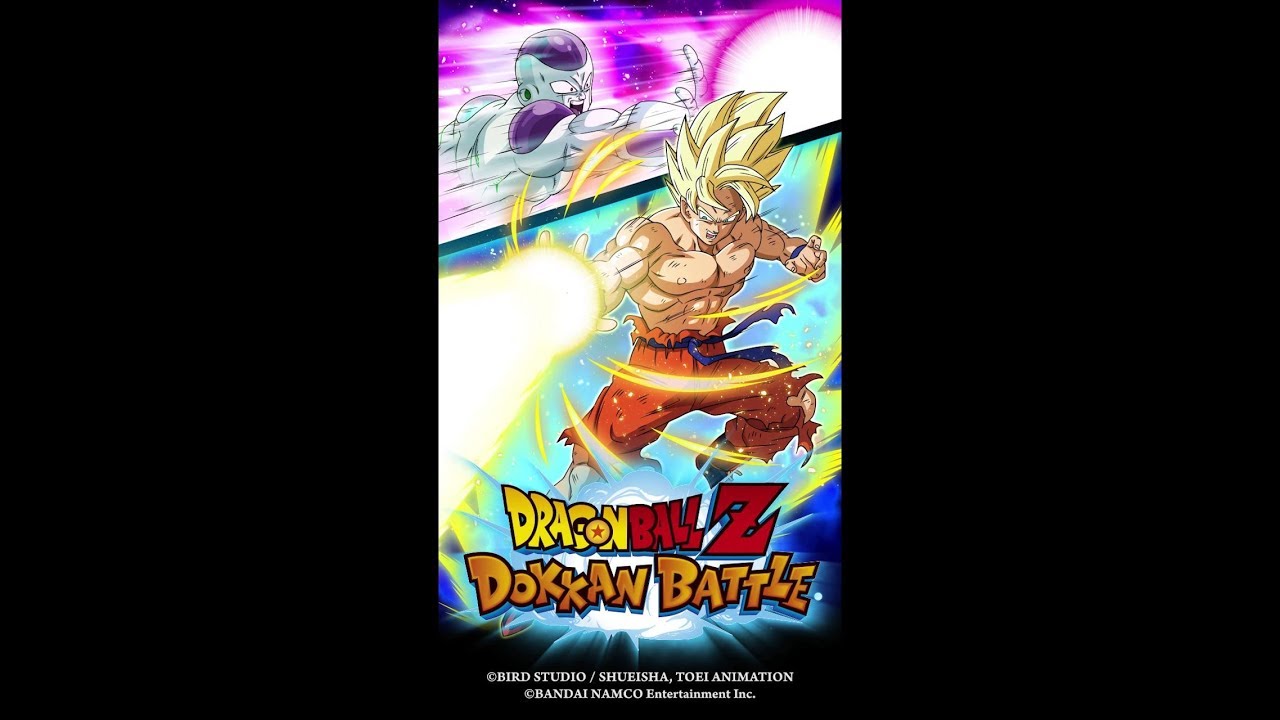 This is a high starting point for Dragon Ball Z fans who have been craving for a mobile game that’s true to the original series. With the exact reproductions of your favorite characters, this title takes you to a new story where you must create your team of supernatural fighters to win the Dokkan tournament.

It is the only Dragon Ball Z game for Android that allows you to play with protagonists and antagonists. There are more than 100 available characters that you can combine to form the most potent team for battle. Its controls are very intuitive and straightforward, which will allow you a super entertaining experience.

This is a fantastic JRPG that will immerse you in a pixelated universe with excellent mechanics and graphics that will remind you, with nostalgia, of the video games of the 80s and 90s. The game puts you in the role of a summoner with the ability to resort to heroes and villains, among more than 400 different characters, to fight against the four fallen gods of Grand Gaia.

The ability to fully customize your gear according to your needs is what sets Brave Frontier apart from other android strategy games of its style. You can fuse your characters, equip them with special powers, unlock new abilities, and form an epic team. Plus, it comes with an option for auto-battle and online PvP battles. 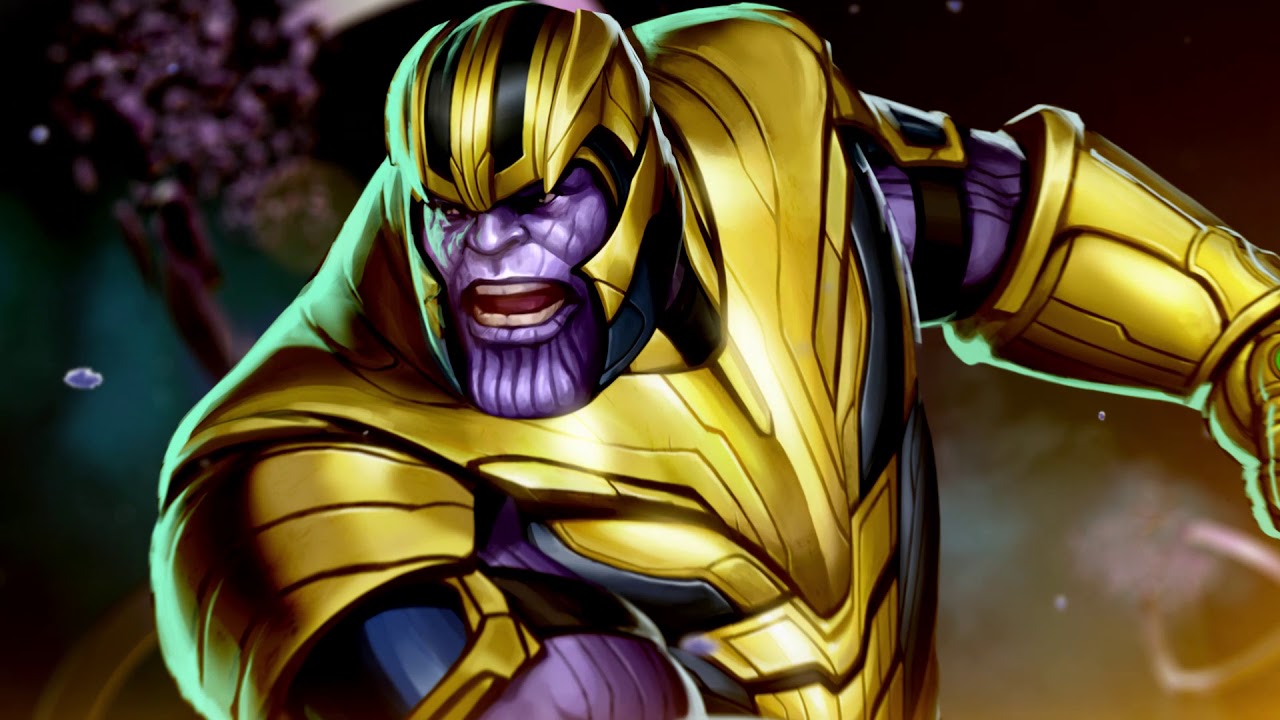 Here we have another game from the Marvel universe. This title is based on matchmaking puzzles that will help you unlock new characters and advance the game. This new version of your classic puzzle game comes with its own story in which a terrible villain has invaded SHIELD.

Your mission will be to create your dream team, with the most iconic Marvel characters to defeat the forces of evil, led by Norman Osbourne. Regular battles will help you gain special powers, unlock abilities, and find new roles. The game also allows you to complete missions in cooperative mode, as well as participate in online PvP tournaments. 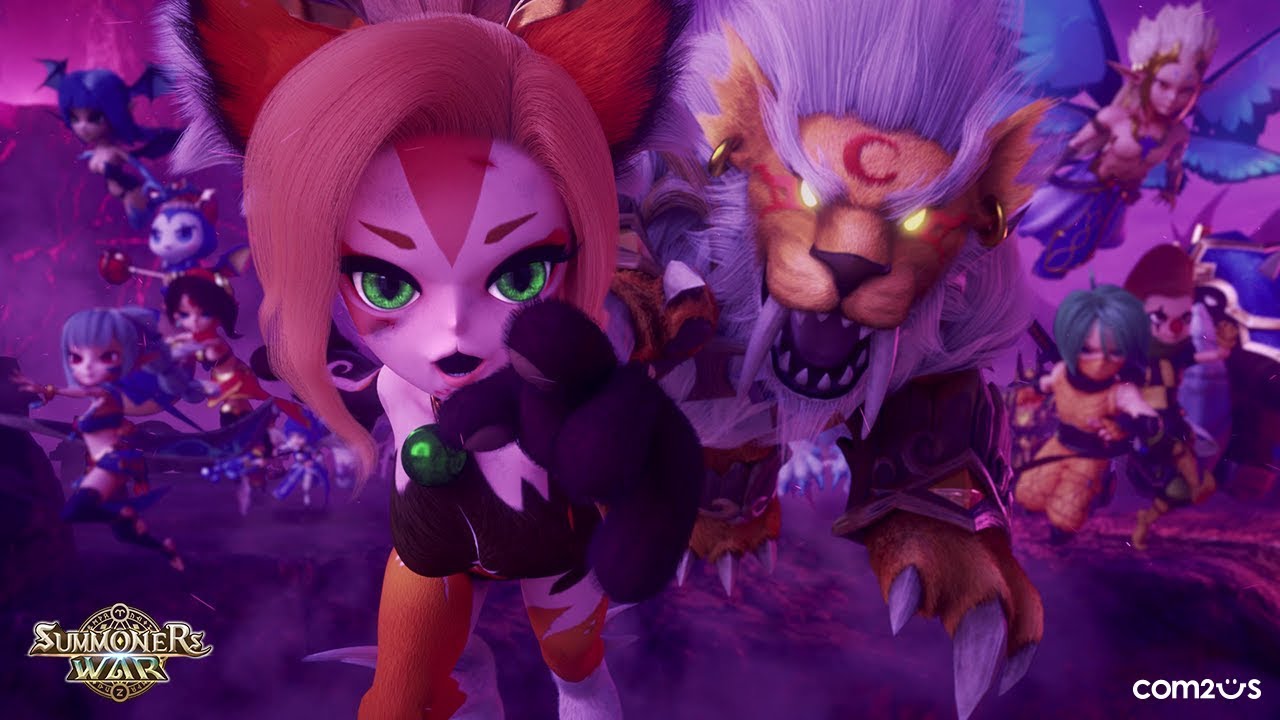 We end our list with a title made for each fan. This RPG and fantasy game features strategy based combat with over 1000 different monsters to choose from. Strive to earn your magical rewards, to complete your vast collection with different characters.

You’ll find various game modes where you can upgrade your village, build your base, fight other summoners, participate in PvP battles, and much more. When you are not completing missions or competing against other players, take advantage to train your monsters to improve the overall rating of your squad.

Thanks for the stick till the end of this post. Please share this post with your friends. And leave a comment below if you have any suggestions for the best strategy game for Android.

Mariahttps://www.bodmash.com
Don't forget to be my follower 🙂

Do sweets make you happy? It is scientifically proven that consuming them improves your mood. Therefore, these dessert recipe android apps are totally free...
Read more

© All Rights are Reserved